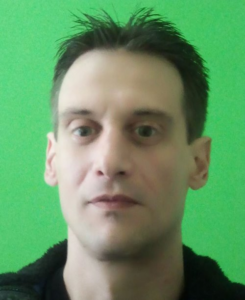 Metallinos Spiros graduated from high school at Corfu in 1993 and began his studies at the Physics Department of the Aristotle University of Thessaloniki (AUTH). At the same department he worked at the Computer Laboratory and later was employed as technical support for the AUTH Central Library. He completed his military service as a reserve artillery officer. Since 2004 he has been working in the private sector as a computer and network technician. His responsibilities encompass:  IT services for performance improvement of business computer systems, testing of hardware and software, network setup and support, as well as the development of customized solutions tailored to the needs of individuals, companies and organizations. Since September 2019 he is working together with the Institute of Astronomy, Astrophysics, Space Applications and Remote Sensing for the maintenance and support of the PANGEA-ReACT Station in Antikythera, Greece.