The historic Newall 62.5 cm refractor is located at the Visitor Center in Penteli. The telescope was commissioned by Robert Stirling Newall (1812-1889), a wealthy Scottish engineer and amateur astronomer for his private observatory at Ferndene (Gateshead). In 1890 the telescope was donated to the University of Cambridge. In 1957 it was donated to the National Observatory of Athens. The telescope is now used as the main observational and public outreach facility of the Visitor Center.

The Doridis telescope was built in 1902 and remained as the largest telescope of Greece for 57 years. The telescope is named after the benefactor Dimitrios Doridis, who financed its construction. It is a refractor with double achromatic lenses of 40cm diameter and has 5m focal length. Its tube is mounted on a so-called German-type equatorial mounting and it is house in a new dome not far from the Sinas building. The Doridis refractor was extensively used for observations of planets, comets, and the moon, as well as for astrometry and photometry of variable stars. Currently, the telescope is used for the purposes of education and public outreach. 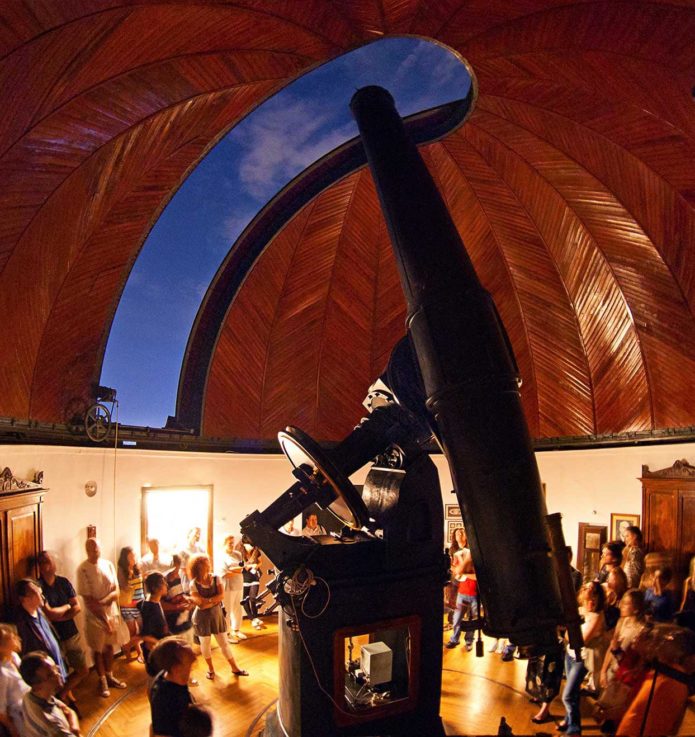