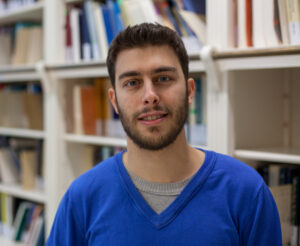 Manos Zapartas obtained his Degree in Physics at the Aristotle University of Thessaloniki in 2012. After finishing his Master Degree in Astronomy and Astrophysics at the Anton Pannekoek Institute of the University of Amsterdam in October 2014, he also obtained his PhD Degree there, in 2018, under the supervision of Selma de Mink and Alex de Koter. He continued as a postdoctoral reasearcher at the Univesity of Geneva, in the group of Tassos Fragos until the end of 2021, partly funded from the Swiss Government Excellence Scholarship for Foreign Students. Since March 2022 he is a postdoctoral researcher at the National Observatory of Athens, participating in the ERC project of ASSESS, led by Alceste Bonanos.