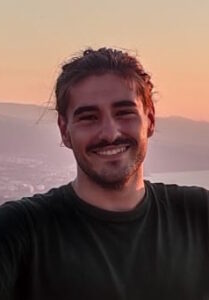 Gonzalo obtained his BSc degree in Physics from the Universidad Autónoma de Madrid (UAM, Spain) in 2018 and his MSc in Astrophysics from the University of La Laguna (Spain) in 2021, where he completed his master thesis, titled “Chemical abundances in extended planetary nebulae”. During these years, he enjoyed some fellowships in diverse fields such as astronomy instrumentation at IAC (Spain) and the study of massive stars at the Center of Astrobiology (CSIC, Spain). Currently, he is a PhD student at the National and Kapodistrian Univeristy of Athens, being supervised by Dr. Bonanos, and a member of the ASSESS team unraveling the role of episodic mass loss in the evolution of massive stars and in the early Universe.